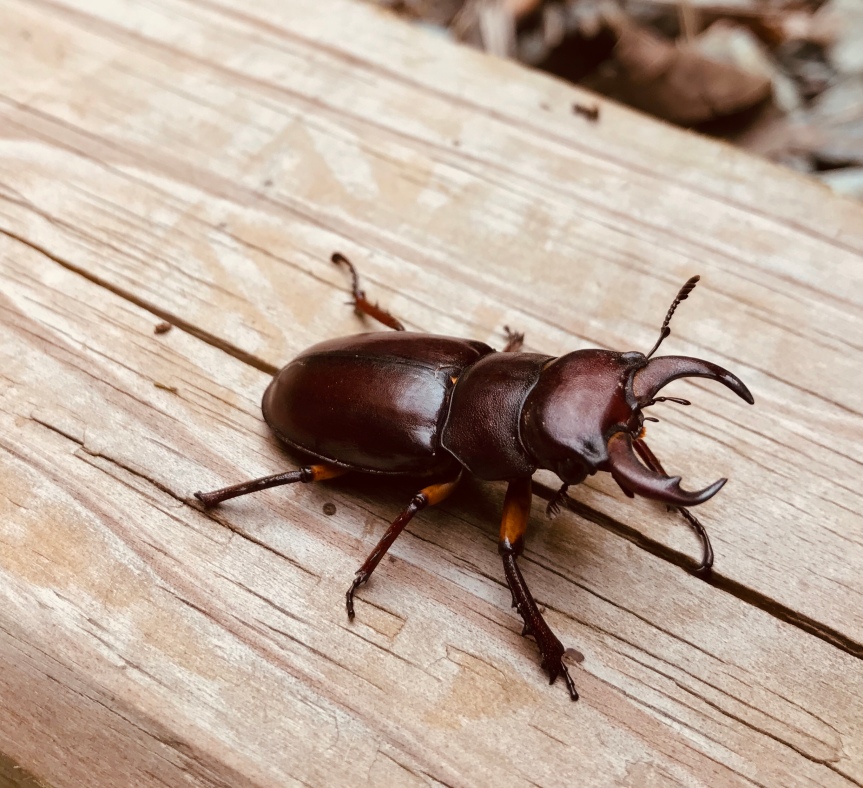 A male reddish-brown stag beetle (Lucanus capreolus) was wandering through the vegetable garden on Tuesday evening, presumably looking for rivals to duel. The mandibles of L. capreolus aren’t as large as those of the giant stag beetle (L. elaphus), which also lives in North Carolina, but this guy still put on an impressive threat display when I rudely prodded him with a finger.

The scientific names of L. capreolus and L. elaphus cleverly refer to the relative size of their antler-like mandibles.  L. capreolus is named for the European roe deer, Capreolus capreolus, a species with modest antlers, while L. elaphus is named for the much larger red deer (Cervus elaphus).  It is unclear to me why Linnaeus and Fabricius referred to European deer when naming North American beetles.

Despite my practice of leaving piles of rotting logs as habitat for beetle larvae and other small animals, this is the first stag beetle I have found in my garden and the first L. capreolus that I have ever seen.  Once or twice I have found L. elaphus under street lights a few miles from our house, so I have some hope of attracting them to my mouldering beetle and termite palaces.

This week’s Six on Saturday includes a couple of native species, an unusual vegetable, a cute little bulb from South Africa, a classic Victorian hybrid, and a greenhouse orchid that is really very nasty. 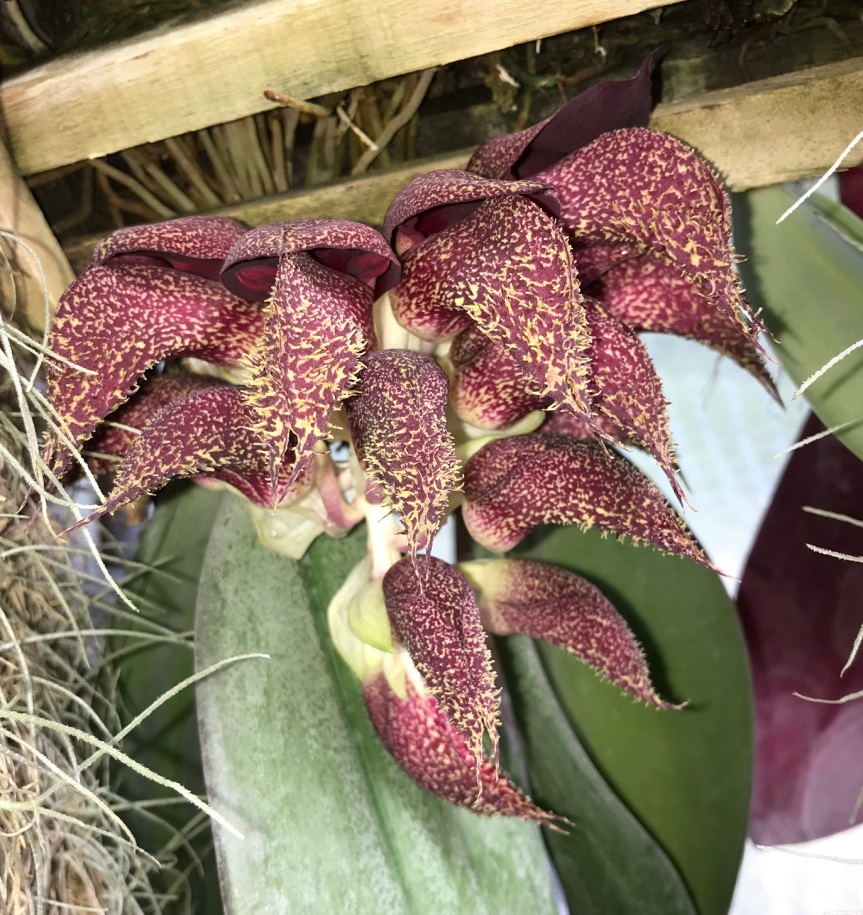 This is not an orchid for growing on your windowsill or decorating your table at a dinner party.  If you think that the flowers of Bulbophyllum phalaenopsis look a bit like rotting meat covered with yellowish maggots, I can assure you that they smell exactly the way they look.  B. phalaenopsis is pollinated by flies looking for a place to lay their eggs, but if the fly is fooled by the ersatz carrion, the maggots will starve. 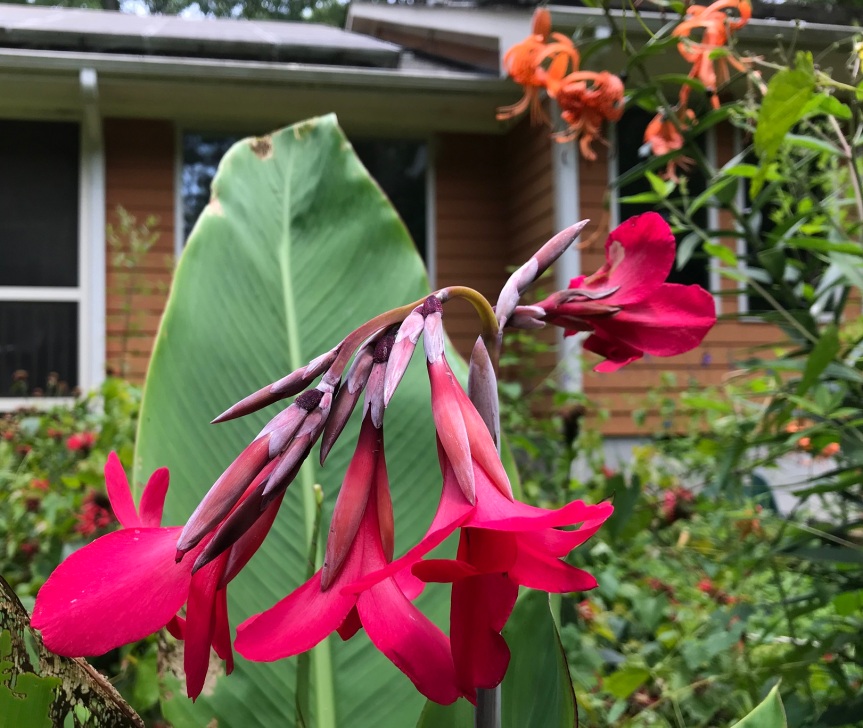 C. ‘Ehemannii’ is an old Victorian hybrid of C. iridiflora crossed with (probably) C. indica, and it has inherited its drooping inflorescence from C. iridiflora.  Several modern C. iridiflora hybrids, including Canna ‘Orange Crush’ failed to survive the winter in my garden, but this plant, which I received from Bittster of Sorta Like Suburbia fame, has survived two winters so far.  I’m glad, because I adore the intense magenta color that is so very different than any other canna in my garden. 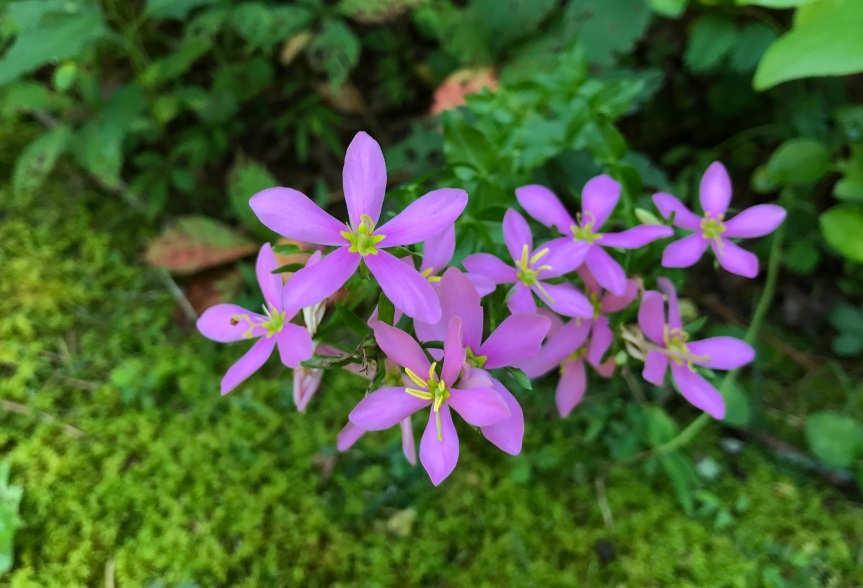 This pretty little native wildflower often shows up at the edge of my lawn (i.e. the patch of weeds and moss that survive being mowed).  I think it is Sabatia angularis (rosepink), a widespread annual, but I am not certain. 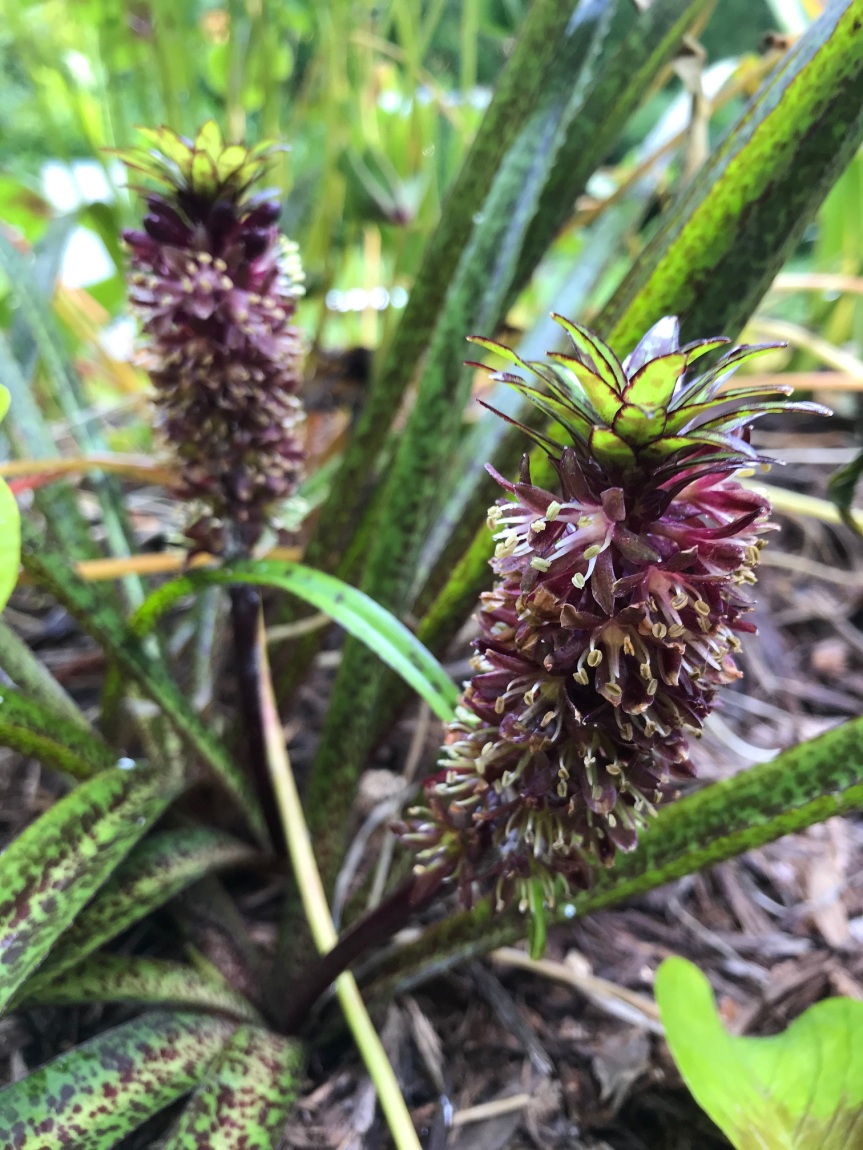 E. vandermerwei, from South Africa, is one of the smallest of the pineapple lilies. Along with E. zambesiaca, it seems to be resistant to the wilting exhibited by many other Eucomis in hot sunlight, making it a good choice for a North Carolina garden. 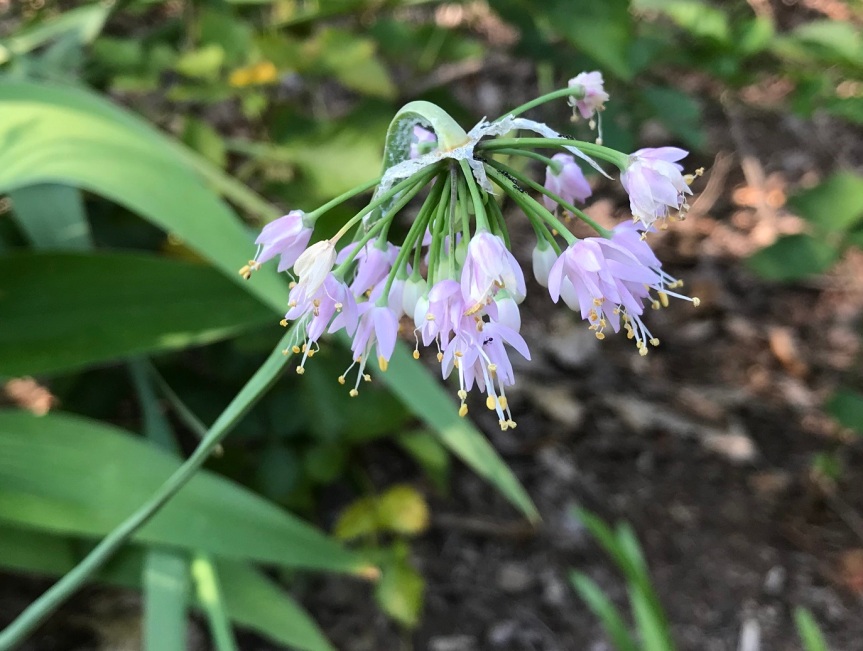 The nodding onion has a very wide native range, spanning the United States from Atlantic to Pacific.  In North Carolina its distribution is spotty, and although it has been reported from this county, my plants were purchased from the North Carolina Botanical Garden.  Leaves and flowers are edible but strong tasting.  I prefer to eat garlic chives. 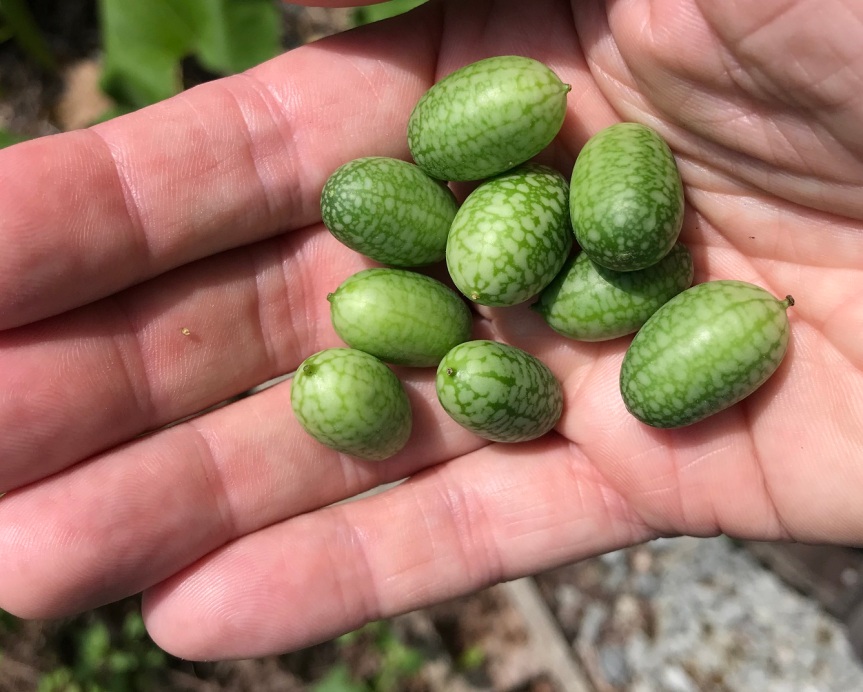 First fruit from from a plant that we bought on a whim from a veggie seedling rack this spring.  The plant looks almost identical to the weedy Melothria pendula but its fruit are better tasting.  I could probably have left these to get a bit bigger, but then I’d risk losing them to the tree rats.