Here are two spring/summer-blooming slipper orchid species–one with somewhat grotesque flowers and the other more attractive–that are part of a group of species and hybrids often recommended to novice orchid growers.  As understory plants from low to moderate altitude in southeast Asia, they grow well as houseplants on the windowsills of warm, centrally heated homes. 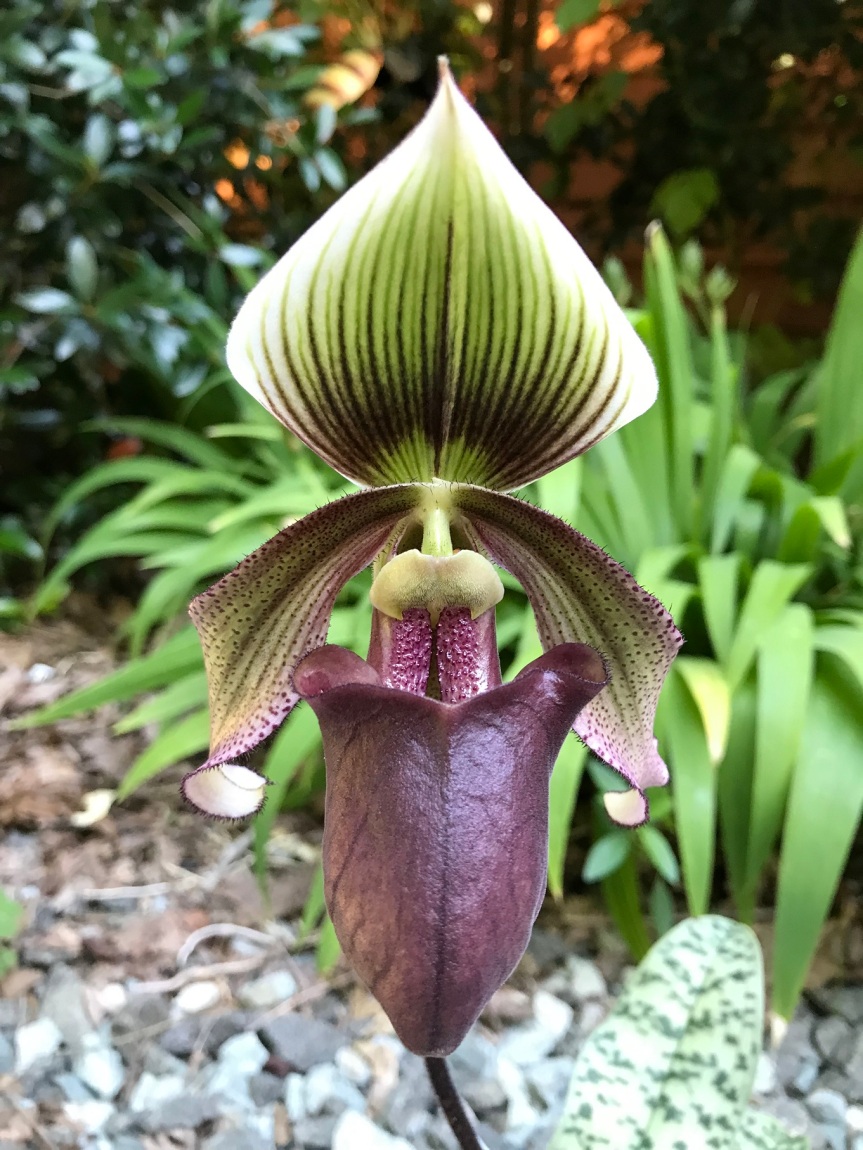 This species from Sumatra is noted for its large, dark pouch and relatively short petals liberally sprinkled with small warts.  Although the flower of P. superbiens is rather ungainly, the tessellated leaves are particularly striking, with rectangular dark sectors on a pale, almost white background.

I purchased this plant as Paphiopedilum sukhakulii, but when it bloomed it was clear that it had been mislabeled.  In a genus that has been as intensively hybridized as Paphiopedilum, it can be very difficult to identify mislabeled plants, but this flower bears all the hallmarks of P. callosum, a well-known species from Malaysia, Thailand, Laos, Cambodia, and Vietnam.  P. callosum is a parent of P. Maudiae (P. callosum x P. lawrenceanum), one of the best known and widely grown of all orchid hybrids.  The Maudiae-type hybrids, as the offspring of P. callosum and its close relatives are collectively known, were once exotic plants for orchid hobbyists to treasure but are now widely sold as disposable houseplants in garden centers and supermarkets.  They come in a variety of shapes and colors, but I think the original P. callosum, with its downswept petals and large dorsal sepal, has a grace and elegance that is often lacking in its mass-produced offspring.

For the past five or six years, a pair of eastern phoebes have built their nest on a small ledge under the roof of our front porch.  Eight feet off the ground and close to humans, this would seem an excellent place to avoid predators.  Most years, they successfully raise a brood of chicks who, by the time they are ready to fly away, look far too large for the little moss-lined nest.

This year, they were not so lucky.  Opening the blind on our glass front door one morning last week, my wife was startled to see that a young black rat snake had located the nest.  It had wedged itself into the small crevice between a support post and gutter downspout and was slowly inching towards the chicks while the parent birds fluttered frantically from perch to perch.  Rat snakes, despite their name, do not specialize in preying on rodents.  They are climbers par excellence and enthusiastically raid nests for eggs and chicks.

I removed the intrepid hunter and carried it to an old wood pile at the back of our house.  I thought that there would be plenty of rodents or lizards there to distract the snake.  It seems that the snake was determined, though.  The next morning, the nest was empty.  The parent birds hung around the garden for a few hours and then disappeared.  I wonder if they will be back next year. 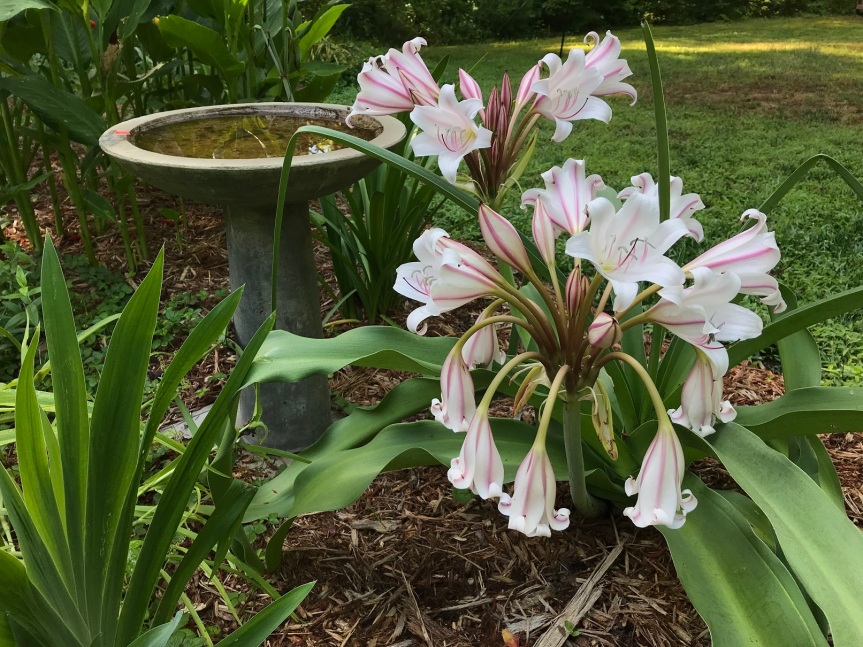