We’re now in that liminal time when every frost could be the last, but we won’t know for sure until several more weeks have passed.  Yesterday was about 75 F (24 C), but snow is possible tonight.

In the woods, native redbuds (Cercis canadensis) and invasive Wisteria sinensis are in full bloom, and the dogwoods (Cornus florida) are just getting started.  In the garden, the first azalea flowers are opening, but most color still comes from spring bulbs.

Here’s what was going on in the garden and greenhouse this week.

Last autumn, I planted some bulbs of Tulipa clusiana var. chrysantha and Tulipa sylvestris.  T. clusiana is supposed to be one of the best tulips for naturalizing in this climate, but I’m not sure how T. sylvestris will do long-term.  It’s possible that this floral show will be a one-time event if T. sylvestris doesn’t tolerate heat and humidity.

Another new addition to the garden.  N. willkommii is one of the smallest Narcissus species, so I have planted it more as a curiosity than as a major player in the spring flower beds.  I scattered the bulbs at the edge of a few beds and in dry soil under some hickory trees where they won’t be smothered by more robust plants.  The only other things growing around them are some Cyclamen hederifolium that will be going dormant soon.

Along the woodland path, a single T. luteum has persisted for the past seven years in soil that is really too dry and infertile for most woodland wildflowers.  I have a tendency to forget about spring ephemerals during the large portion of the year when they are invisible, so the little red cedar seedling makes a convenient marker when the trillium is dormant.

In this season–when the sun is rising higher in the sky, but the deciduous trees are still leafless–the greenhouse sees the most intense light of the year.  Not surprisingly, this is the blooming season of Rhyncholaelia digbyana, a central American species that requires intense light and hot, dry conditions for best growth.  My two plants are grown at the brightest end of the greenhouse in small terracotta pots with chunks of scoria and aliflor as the growing medium.

R. digbyana is one of the basic genetic building blocks of cattleya hybrids, and its fantastic, deeply incised labellum is the source of the large, frilly lip beloved of hybridizers.  The flowers also have a pleasant lemony fragrance.  Unfortunately, R. digbyana usually produces only one short-lived flower per growth, and those traits are also inherited. 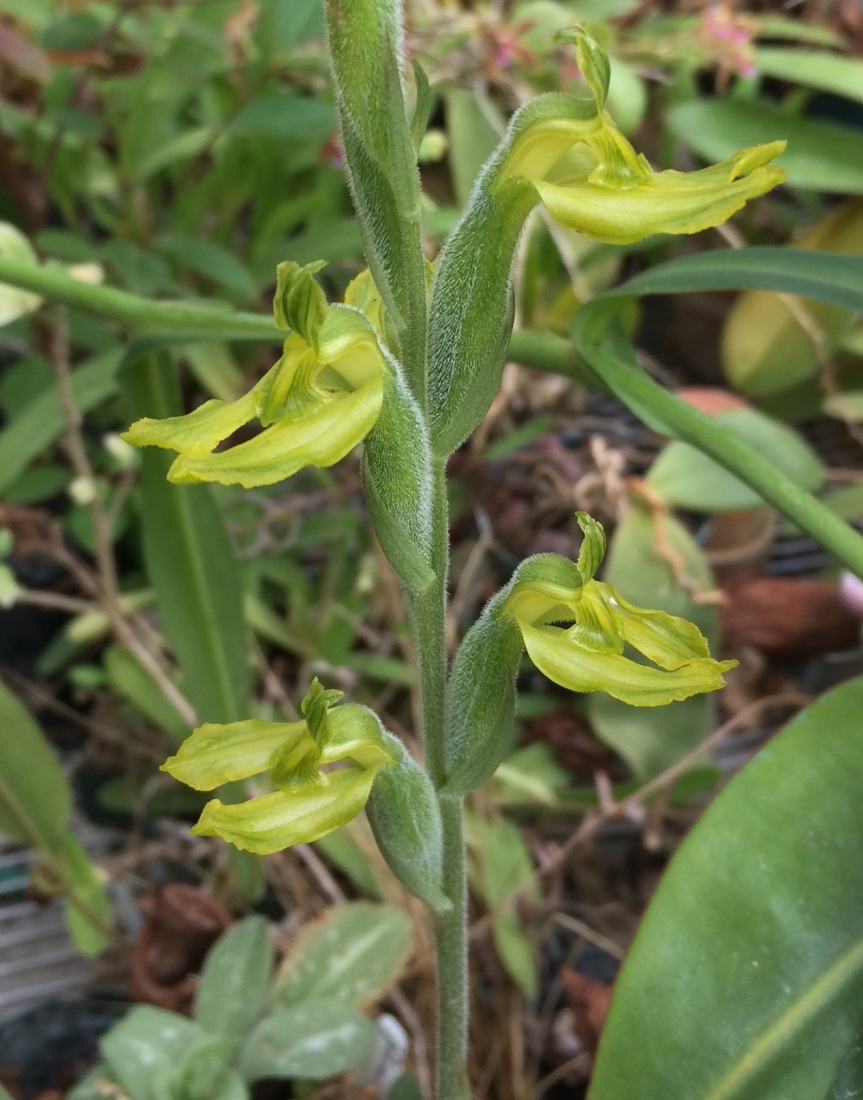 A terrestrial orchid from central America.  I think the flowers look like the heads of sauropod dinosaurs. 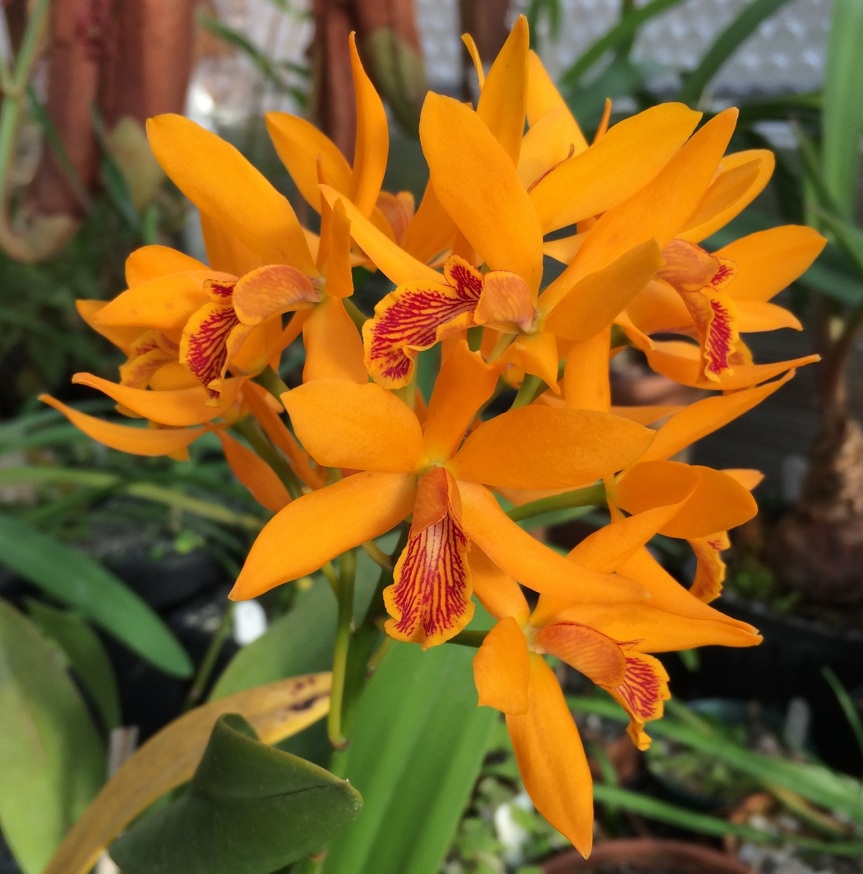 This hybrid is (Guarianthe aurantiaca x Encyclia incumbens) x (Cattleya harpophylla x Cattleya neokautskyi), so three of its four grandparents have bright orange flowers.  Vegetatively, it is intermediate between a Guarianthe and an Encylia, with cigar-shaped pseudobulbs that flush red in bright light and two stiff leaves on each pseudobulb.

For more Six on Saturday, navigate to The Propagator.  See his participant’s guide if you want to post your own.