After a couple of weeks away, I finally have some interesting material for Six on Saturday. Or, more accurately perhaps, I have one really interesting plant and some filler material to show you.  As always, visit The Propagator for his weekly six and for links to Six on Saturday posts by other garden bloggers. 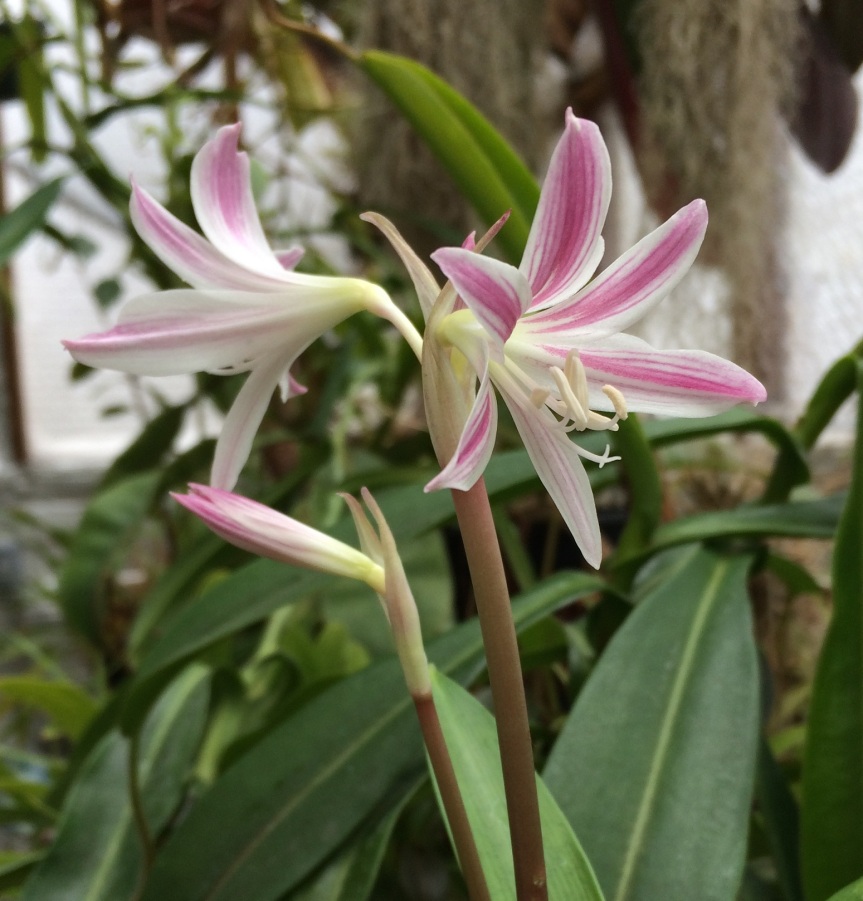 This lovely little flower is a miniature amaryllid, related to Hippeastrum, from southern Brazil. Unlike most Hippeastrum species, you can grow a nice little clump of E. blumenavia in a pot as small as 4″ (10 cm diameter).  My plant blooms intermittently throughout the year, but mostly in spring and early summer.  E. blumenavia can be a little difficult to find for sale but is well worth growing if you can locate some bulbs or seed.  Unfortunately, my clone does not seem to be self-fertile.

This is a relatively recent hybrid (2013?) which has become very popular. I think it is one of the best hellebores on the market today, both for its flowers and its slightly variegated foliage

This pretty, dark flowered grape hyacinth started as a volunteer seedling, origin unknown.  There are probably enough bulbs now to dig up and transplant around the garden.  Trouble is, that would require me to remember them after they have gone dormant and disappeared under the summer perennials. 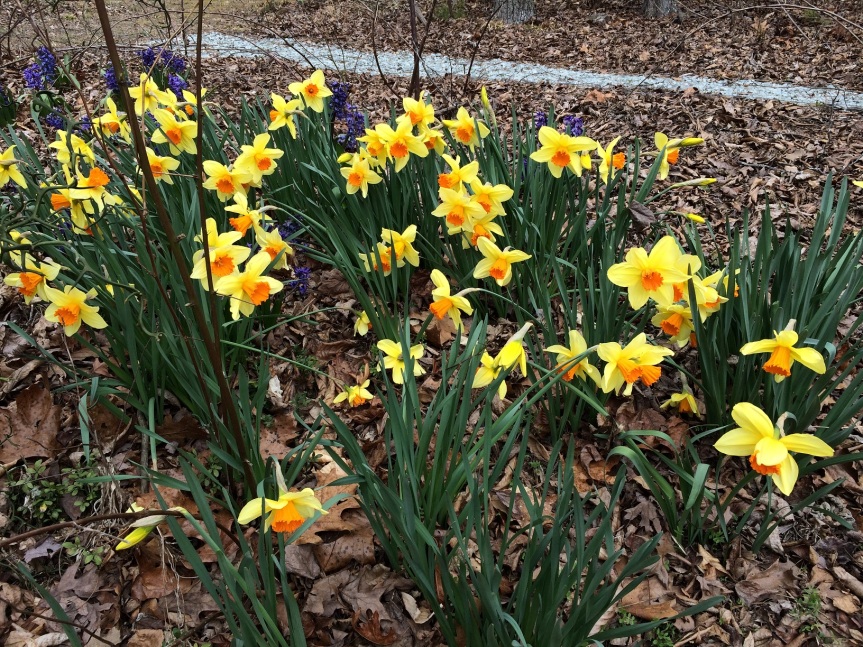 I really like the orange cup and later bloom time (relative to the early yellows) of this bicolored daffodil growing among some thornless blackberry stems. I wish there were daffodils that were this same orange color all over.  Also, I wish I could remember what clone these are.

The fuzzy-felted new leaves of Hydrangea quercifolia are completely unfazed by our erratic spring weather, which has been fluctuating between the uppers 20s and mid 70s (-3 to 24 C).  As someone once said, “North Carolina has two seasons:  hot and random.”

Hydrangea ‘Blue Wave’ is an utterly gorgeous lacecap, but unfortunately it does not deal well with our spring weather.  When dormant, it is very hardy, easily tolerating the low of 3 F (-16 C) this winter, but warm weather in late winter encourages it to start growing early.  The emerging leaves are sensitive to the slightest frost, and if they are killed the plant won’t bloom.  New growth will sprout from the base, but the stems do not bloom until their second year.  Since we almost always have a prolonged frost-free period in January or February, followed by one or more late frosts, it has been six years since I got a good bloom off this shrub.

Later this spring, I think it will probably dig it up and replace it with something better suited to our climate.